These miniature pumpkin pies are so cute! Plus they're super tasty. Just like regular pumpkin pie, just mini. 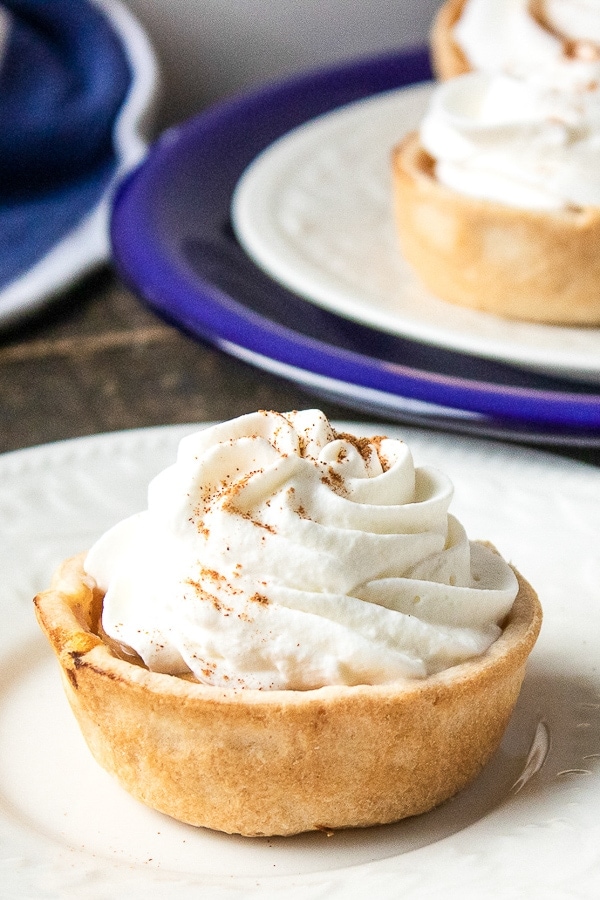 The recipe itself is similar to a normal pumpkin pie, but putting it together is what makes the difference.

Instead of a pie tin, we used a miniature muffin pan.

These make bite-sized morsels that are to die for!

While you don't have to top your mini pumpkin pies with whipped cream, it's highly suggested!

Add a light sprinkle of cinnamon and you'll have a perfect blend of flavors. Yum!

How to Make Miniature Pumpkin Pies

Start by preheating your oven to 425°F. Lightly grease a 24 cup mini muffin pan and set aside.

Press a pie crust circle into each of the muffin cups in your pan.

If needed, gently knead and roll out the cut-up dough to make more pie crust circles. You'll need a total of 21 circles, as this recipe makes 21 mini pumpkin pies. 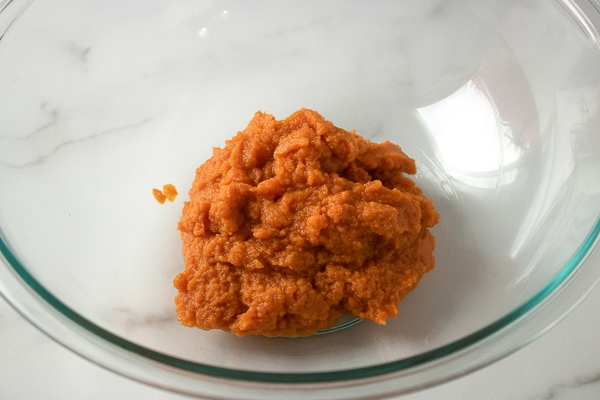 Add in the evaporated milk, sugar, eggs and spices and mix well. 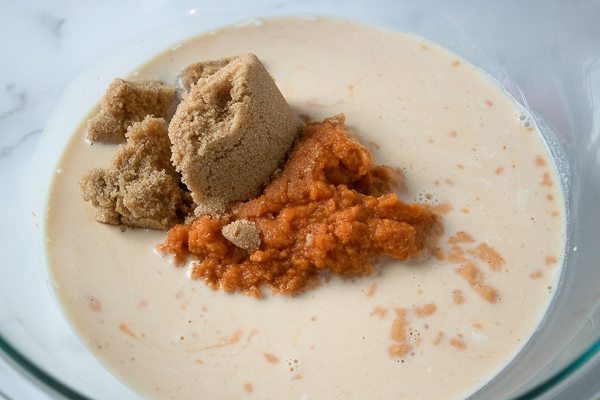 Divide the pumpkin pie filling amongst the mini pie shells. 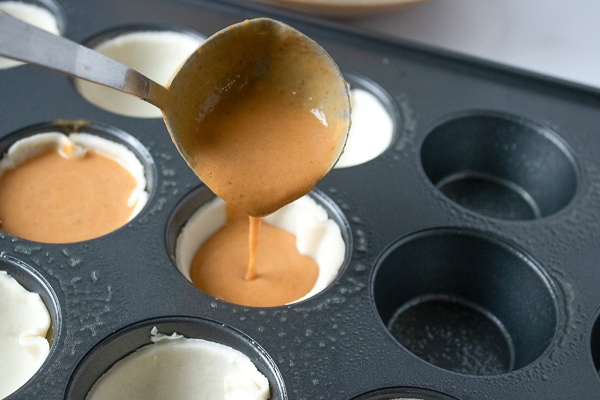 Place your raw pumpkin pies in the preheated oven and bake for 10 minutes.

Reduce the temperature of the oven to 350 and bake for an additional 10 minutes, until the pie filling is just set and a toothpick inserted into the center of one of the pies comes out clean.

Remove the miniature pies from the oven and let cool for 15 minutes before removing from the muffin pan.

Top the mini pies with whipped cream and a sprinkle of cinnamon. 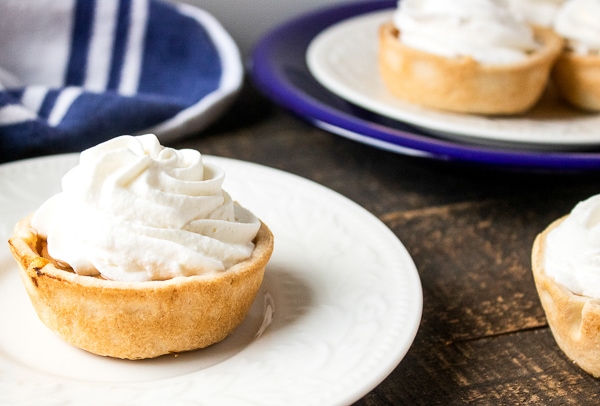 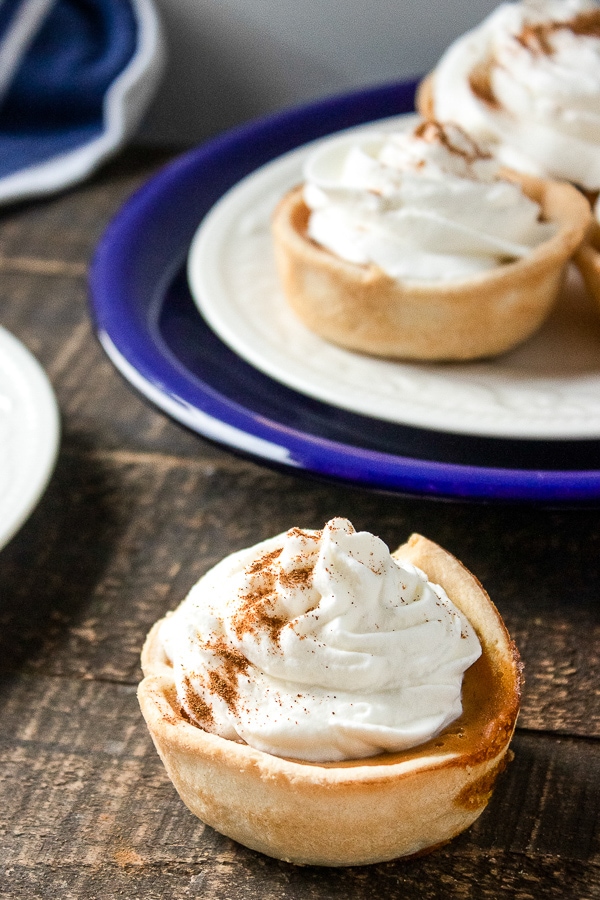 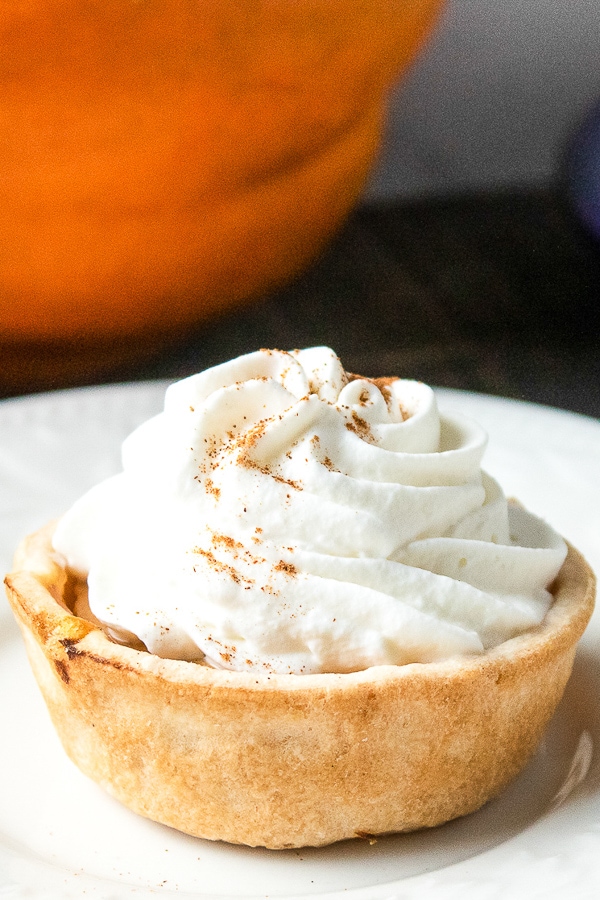 for your weekly recipe fix.

I'm Stormy. A wife and mom who LOVES food. I hope you feel inspired by these recipes to get in the kitchen and cook up a meal your family will love.